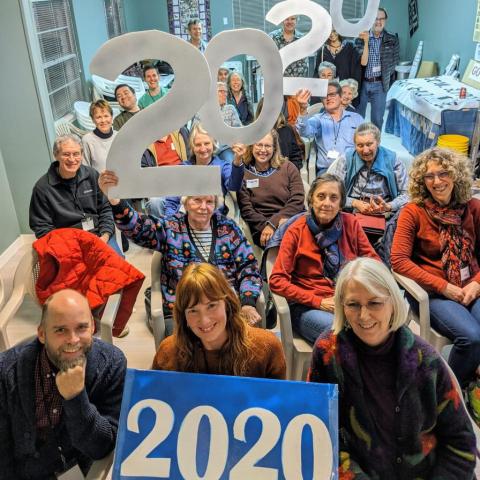 Indivisible was all-hands-on-deck to turn out Democrats and make Donald Trump a one-term President. Indivisible’s grassroots volunteer-powered voter contact program made over 60.3 million voter contact attempts. Using tools provided by Indivisible Action, over 29,000 volunteers sent 27.7 million text messages and made nearly 7 million calls. On top of all that, our movement sent over 1.8 million letters and postcards to voters thanks to more than 20,000 writers. Image from Lisa Schneider of Indivisible Rosedale Huddle.

Interested in getting involved? Search for an Indivisible group near you! 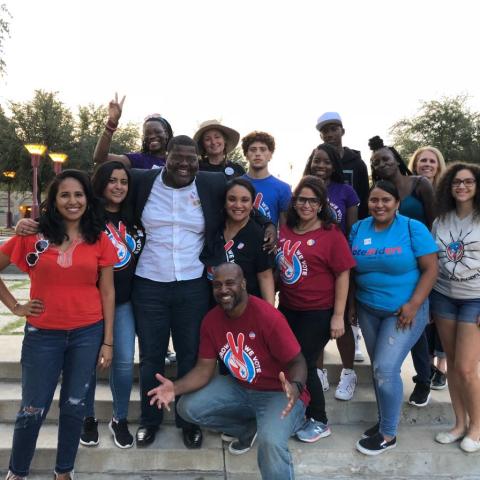 Using tools provided by Indivisible Action, Indivisible’s grassroots volunteer-powered voter contact program made over 2.9 million voter contact attempts. In addition to three years of weekly office protests that pre-date her appointment to the Senate, and regular “empty chair” town hall meetings, Indivisibles have constantly written letters to the editor in local papers detailing McSally’s failures. They worked together on a McSally Accountability Team to attend her town halls, write letters to the editor, etc. Two members were featured in ads holding McSally accountable for her votes against pre-existing conditions. Image from Jennifer Eisel of Stand Indivisible AZ.

Get involved in direct voter contact programs in your community! Join an Indivisible group today!

Indivisibles hosted 196 events across the country as part of our week-long Defund Hate campaign in September 2019. Local Indivisible groups organized and held events demanding their members of Congress reduce funding for ICE, CBP, and Trump’s deportation machine. Events included rallies all across the country, as well as a multi-state effort uniting over two dozen Indivisible groups across Washington, California, and Oregon—groups across these three states organized a relay with public events that spanned the distance between the Canadian border right down to the Mexican border. Image from Linda Wehrman of Indivisible Whidbey.

Interested in getting involved? Search for Indivisible events near you! 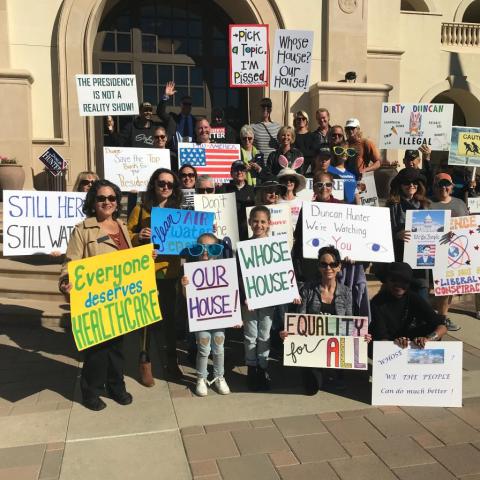 The Indivisible movement started organizing after Trump was elected, but it wasn’t just about Trump—it was about saving American democracy. The For The People Act or H.R. 1 was a critical step toward that goal and across the country, local Indivisible groups rallied to tell the newly-seated 116th Congress to pass H.R. 1 without watering it down or breaking it up. With more than 160 events nationwide, Indivisibles organized to take control of the narrative on the importance of expanding voting access, eliminating big dark money in politics, and rooting out corruption at all levels of government. Image from Diana Fink of Indivisible Fallbrook.

Get involved in democracy reform in your community! Join an Indivisible group today! 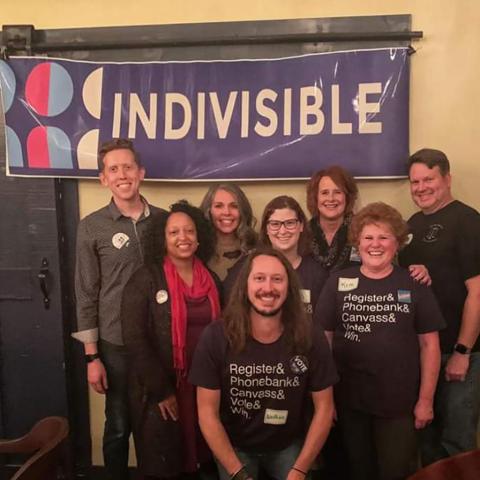 In 2019, Indivisible launched a Rural Caucus for local groups wanting to opt-in to receiving extra support as they organize their neighborhoods and communities in rural America. Indivisible group leaders are also able to share stories and best practices with one another on these calls, and figure out new ways to stay connected in an effort to overcome the challenges of organizing in spread-out communities that might not have access to reliable broadband internet. With participants across 35 states and over 200 unique zip codes dialing in—the #RaucousRuralCaucus calls provide a powerful way for people to find solidarity and common identity with others organizing for progressive change in rural, conservative areas. Connecting folks in small town communities across state lines helps people stay energized and like they’re a part of something bigger—and listening in on other’s stories and successes can be a powerful motivator to stay engaged. Image from Kim Spoon of Indivisible East Tennessee.

Do you live in a rural or red state? Find an Indivisible group near you. 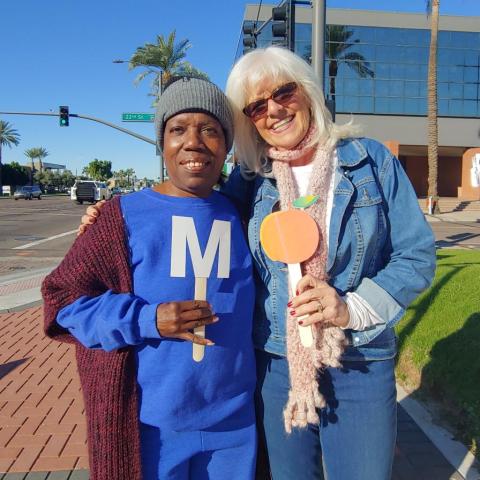 Impeachment of Trump by the House of Representatives

The groundwork that Indivisible groups built upon since 2017 made it possible for the dam to finally break on impeachment. Indivisible activists drove 12,000 calls to members of Congress the same day the House formally announced the impeachment inquiry. They registered 128 district events and attended 144 town halls through the ImpeachNow coalition during October recess. We closed out the year by holding 617 events across the nation on December 17, or #ImpeachmentEve, working alongside national partners such as MoveOn, Stand Up America, Public Citizen, and Daily Kos. And it worked. On December 18, the House voted to impeach Donald Trump on two counts: abuse of power and obstruction of Congress. Image from Patricia Thomas of Indivisible Phoenix.