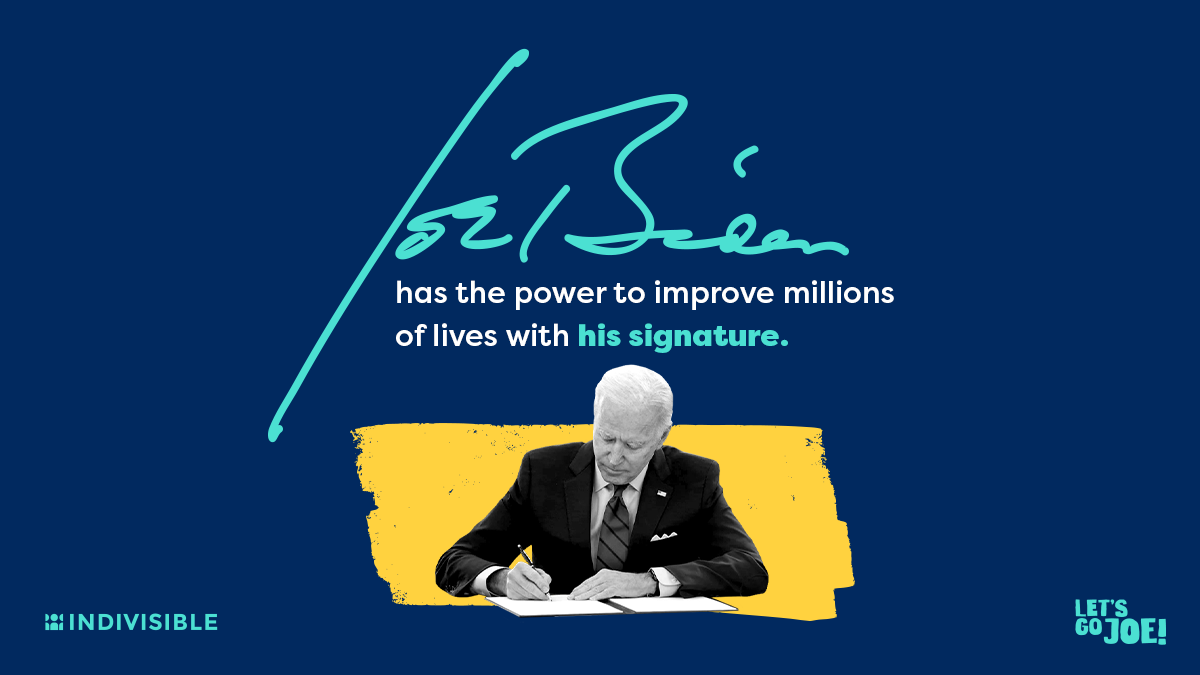 Over the past 20 years, the price of higher education has been on an exponential rise, as has the pressure to get a college degree in order to "stay competitive" in the job market, all the while wages have remained stagmant. And let's not forget than an entire generation spent their formative years fighting against two economic recessions, and the benefits of economic recovery are still not being felt by everyone.

Now, there are nearly 45 million people holding more than $1.8 trillion in student debt.

Progressive allies in Congress have been clear about the many benefits to cancelling student debt:

President Biden has the authority to cancel student debt simply with his signature — and on April 26th, we got positive reports that he's considering doing just that!

Over the coming weeks, you'll hear more from pundits on just how much student loan debt President Biden should cancel. Often, a number like $10,000 is floated as the right number for reasons like who it would impact and inflation. We want to be clear: $10,000 is a good start, but it's not enough. Here's why.

2. Despite what opponents claim, student debt cancellation is progressive, and that continues to be true at higher levels of forgiveness. An analysis from the Roosevelt Institute shows that increasing the amount of debt forgiveness from $10k to $50k results in huge benefits for lower- and middle-wealth households, while providing nearly no additional benefit to the wealthiest (surprise, rich people don't have student debt!).

4. For those that claim student debt cancellation would drive inflation, this is misguided for three reasons: First, with payments on pause right now, borrowers are not required to pay back their loans, and cancellation would simply continue the status quo for them. Contrary to what opponents claim, the student loan pause is not driving inflation. Second, using student loans as a way of decreasing demand in the economy is targeting the wrong people - it’s targeting the people who have borne the costs of a pandemic and skyrocketing higher-ed, rather than the billionaires who have seen their wealth grow exponentially in recent years. How about taxing them, rather than folks struggling to pay off their student debt. Third, right now, we all agree that the government should help working people facing rising costs, and canceling this debt all together is a way to do achieve that.

Now is the Time to Say Let's Go Joe!

Hearing that cancellation is being actively discussed is energizing. The Biden administration knows it needs to bring costs down for people and that canceling student debt is a fast and sure way to do just that. But the dollar amount matters a lot, which is why now is the time that President Biden needs to hear from people everywhere telling him that we're excited the conversation is moving forward and now is the time to cancel $50,000 in student loan debt. Click here to learn about all the ways that you can take action right now.

Back to Resources
Image